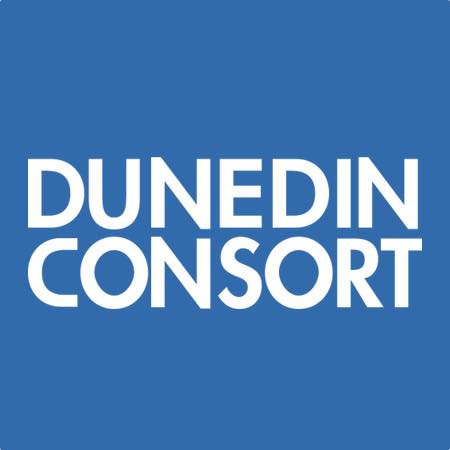 Dunedin Consort is one of the world’s leading Baroque ensembles, recognised for its vivid and insightful performances and recordings. Formed in 1995 and named after Din Eidyn, the ancient Celtic name for Edinburgh Castle, Dunedin Consort’s ambition is to allow listeners to hear early music afresh, and to couple an inquisitive approach to historical performance with a commitment to commissioning and performing new music. Under the direction of John Butt, the ensemble has earned two coveted Gramophone Awards – for the 2007 recording of Handel’s Messiah and the 2014 recording of Mozart’s Requiem – and a Grammy nomination.

Alongside its performance and recording work, Dunedin Consort is committed to a wide-ranging education programme both in schools and in the wider community. This annual programme of activity includes a mentoring scheme for emerging young professional musicians, voice and instrumental clinics for amateur performers, and an extensive programme of workshops in schools across Scotland. In inspiring and encouraging musical participation, developing vocal skills and fostering a love of classical music, historical performance and new music, Dunedin Consort aims to develop and nurture its potential audience and to encourage the performers of the future.